In 1995, the newly named Department of Natural Resources decided to cease its operation of the Two Rivers Wildlife Park. Rather than see the Park close, the community formed a not-for-profit group to manage the facility. The Two Rivers Development Association is the result of this change in operation. Early in 1996, the Association secured a lease from the province for the park.The volunteer board raises revenue to operate the park through park admission and holds several events at the park including the Acoustic Roots Festival now in it’s 5th year. The festival books mostly east coast arts in a variety of genre that includes country, folk, celtic, blues and bluegrass. 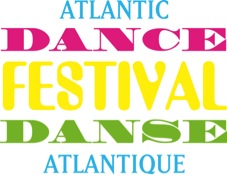 Dance is an art form that knows no boundaries. It moves beyond linguistic, cultural, political and geographical frontiers. Inspired by this philosophy, the DansEncorps Productions Inc. established the atlantic dance FESTIVAL danse atlantique, in order to bring together representatives of various dance sectors in a collective celebration of artistic excellence. The team is proud of its accomplishments since the Festival’s first edition in 2006.

The aim of the professional dance performances is the discovery of top-level artists from the Atlantic Provinces and Canada. Training development and interaction between the dancers and the general public are the main themes of the Festival. The goal is to establish dialogue and networking between participants, and those who have a passion for dance, in a friendly non-competitive atmosphere. The atlantic dance FESTIVAL danse atlantique strives to pursue this goal by offering a program that is even more complete and divers each year. 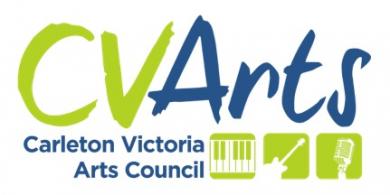 The Carleton North Theatre in Florenceville-Bristol, NB plays host to the performances presented by the Carleton-Victoria Arts Council. Located along the scenic St. John River valley in rural western New Brunswick, area residents from several small communities from Perth-Andover to Woodstock and beyond enjoy the intimate setting of this soft-seat venue. Approximately 400 seats are contained in twelve rows with centre, left and right sections.

The Carleton-Victoria Arts Council was honoured to receive the Community Presenter’s Award at Contact East 2007. This award recognizes excellence and achievement by a volunteer organization to present touring performances, commitment to excellence in programming and contribution to community life.

The first show presented by the CVAC was by the Canadian Brass in 1979. We are proud to maintain the long-standing tradition of presenting professional Canadian and international artists to local audiences. The continued success of the Carleton-Victoria Arts Council pays homage to the vision, hard work and dedication of the early committees.

The Centre Expo-Festival Center was officially opened in 1998. The center includes a main hall with stage, a pub/restaurant, a bakery and an outside venue Village Musical Acadien which is open during the tourist season and présents cultural expériences and has an art gallery. The center is also host to community festivals, produces a dinner-theater in July & August, présents weekly Kitchen Parties and acoustic music jams and other musical shows during the year. 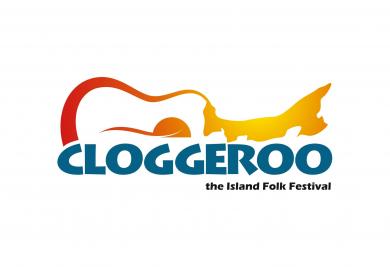 Founded in 1979, Debut Atlantic is one of this country’s most dynamic and prestigious musical organizations. In fact, the Debut Atlantic tour has evolved into a much coveted opportunity for Canada’s up-and-coming talented classical musicians. The impressive list of artists waiting to be added to the roster is a testament to our success as is the caliber of names which comprise our star-studded compendium of alumni. The list includes some of Canada’s most recognizable artists such as pianists Jon Kimura Parker, Louis Lortie, and Angela Hewitt, cellist Shauna Rolston, Canada’s finest baroque orchestra Tafelmusik, and the world-renowned singers Ben Heppner, Richard Margison, Wendy Nielsen, and Measha Brueggergosman. Despite its enormous success, Debut Atlantic continues to grow and develop new facets that contribute to Atlantic Canada’s cultural environment. A decade ago, Debut began its Encore series, featuring some of our most celebrated alumni. In 1998, Debut began pairing award-winning authors with Encore artists in its Words and Music series, featuring literary giants such as Mordecai Richler, Michael Ondaatje, Wayne Johnston, and David Adams Richards. In 1999, the Debut Atlantic Award for Musical Excellence was inaugurated and continues to award annual $1,000 scholarships to high school music students from all over the Atlantic Region. In the fall of 2001, New Brunswick composer Alasdair MacLean was appointed Composer-in-Residence to Debut Atlantic making it the first touring organization in Canada to host a resident composer. 2002/03 saw the start of the Classical Musics of the World series – which to date has hosted George Gao, Liu Fang, Aditya Verma, and Vineet Vyas, to name a few. 2007 saw the introduction of Debut’s Encore in the Summer series, featuring pianist Angela Cheng – one of Canada’s most gifted artists. As one of Canada’s most highly regarded classical music organizations, Debut is proud to celebrate 30 years of bringing musicianship of exceptional quality to communities big and small throughout all four Atlantic Provinces. 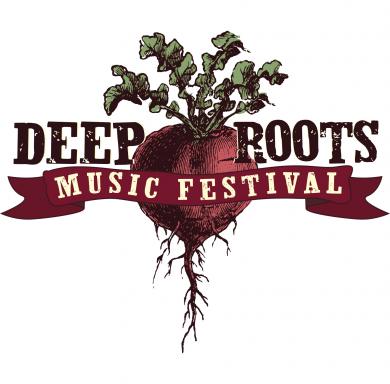 Set in Wolfville, Nova Scotia, the Canadian Deep Roots Music Festival is an annual September event enjoyed by music lovers of all ages. With this picturesque university town and its beautiful natural surroundings as the backdrop, the Canadian Deep Roots Music Festival brings together some of the finest folk and roots singers, songwriters and musicians in the world for a weekend of concerts, workshops and celebration. 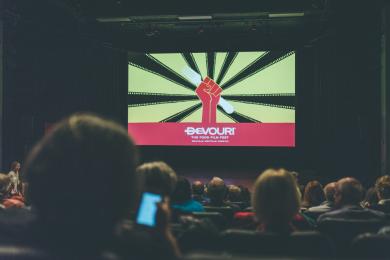 Combining cinematic talent with extraordinary gastronomic activities, Devour! The Food Film Fest is the world’s largest film festival focused on food and drink. The annual six-day festival hosts 100+ events, high profile chefs and celebrated filmmakers from around the world in Wolfville, Kentville and across Kings County, Nova Scotia. Throughout the year, Devour! hits the road with 15+ satellite events around the world.

The Eastport Peninsula Heritage Society Inc. is a not-for-profit organization dedicated to celebrating and showcasing the culture and heritage of the Eastport Peninsula region through history, music, drama and visual arts. We are governed by a volunteer 15-person Board of Directors under a constitutional framework. 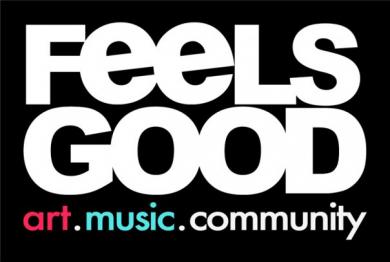 Feels Good Community Inc. is a non profit organization whose main focus is bringing together the over abundance of artistic and musical talent which presides in the Maritime provinces.

HPX is the Halifax Pop Explosion Festival and Conference, an annual five-day Music, Digital, and Culture event that showcases over 150 artists and comedians, and speakers, in more than 15 venues across the city. HPX has a long-standing tradition of presenting the best in new and innovative music from across Canada and the world. HPX bolsters the music presentation with a two-day Music Conference, a three-day tech conference, a zine and record fair, as well as other partnered events. 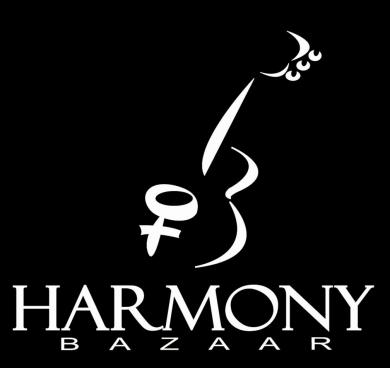 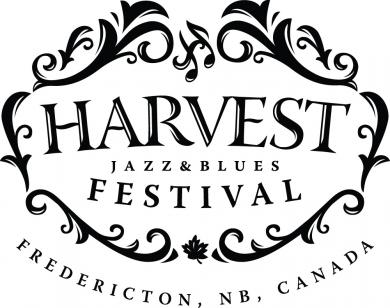 Whether you want to dance all night at a spicy Cajun party, listen to the raw sounds of electric blues, sway to some smooth jazz or just get your funk on, you’ll find something to tempt every musical taste – all at a price that’s easy on the wallet.

Known internationally for presenting the best in established international talent, up-and-coming discoveries from the East Coast and abroad, great musical memories, friendly community, and a touch of the unexpected are what the Harvest Jazz and Blues Festival is famous for.

JazzEast is dedicated to music presentation and education in Halifax, Nova Scotia. 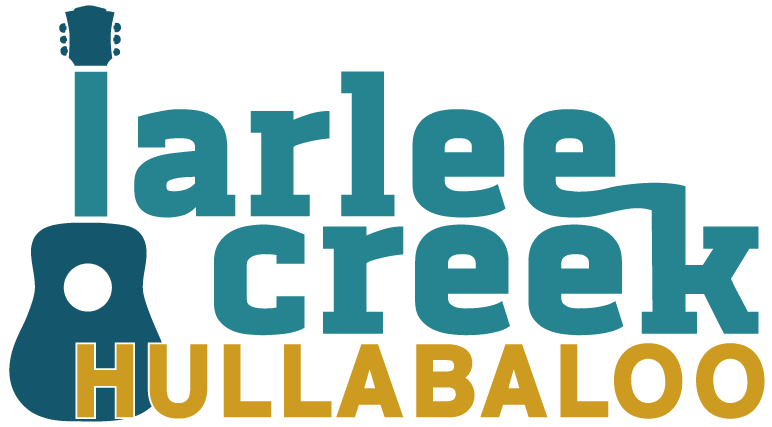 Held in Perth-Andover, NB, and known as the “Little Festival that Could,” the Larlee Creek Hullabaloo brings together some of the best talent the East Coast of Canada and beyond has to offer, for one weekend of pure musical bliss.

The Larlee Creek Hullabaloo is known for its genre-rich lineup, collaborative performances, and the downhome hospitality we show our audience and the artists who are our festival. 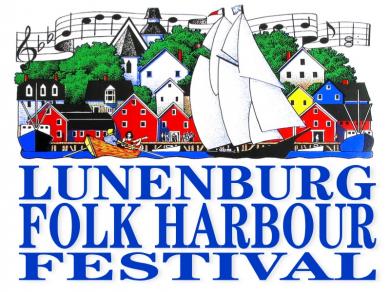 -The mandate of the Lunenburg Folk Harbour Society is to promote the preservation and continuation of traditional folk music from a diverse range of cultures and regions, through emphasis on acoustic instrumentation and a capella singing. Also, to encourage the writing and performance of current and timely folk music which contributes to the evolutionary nature of an international folk tradition.